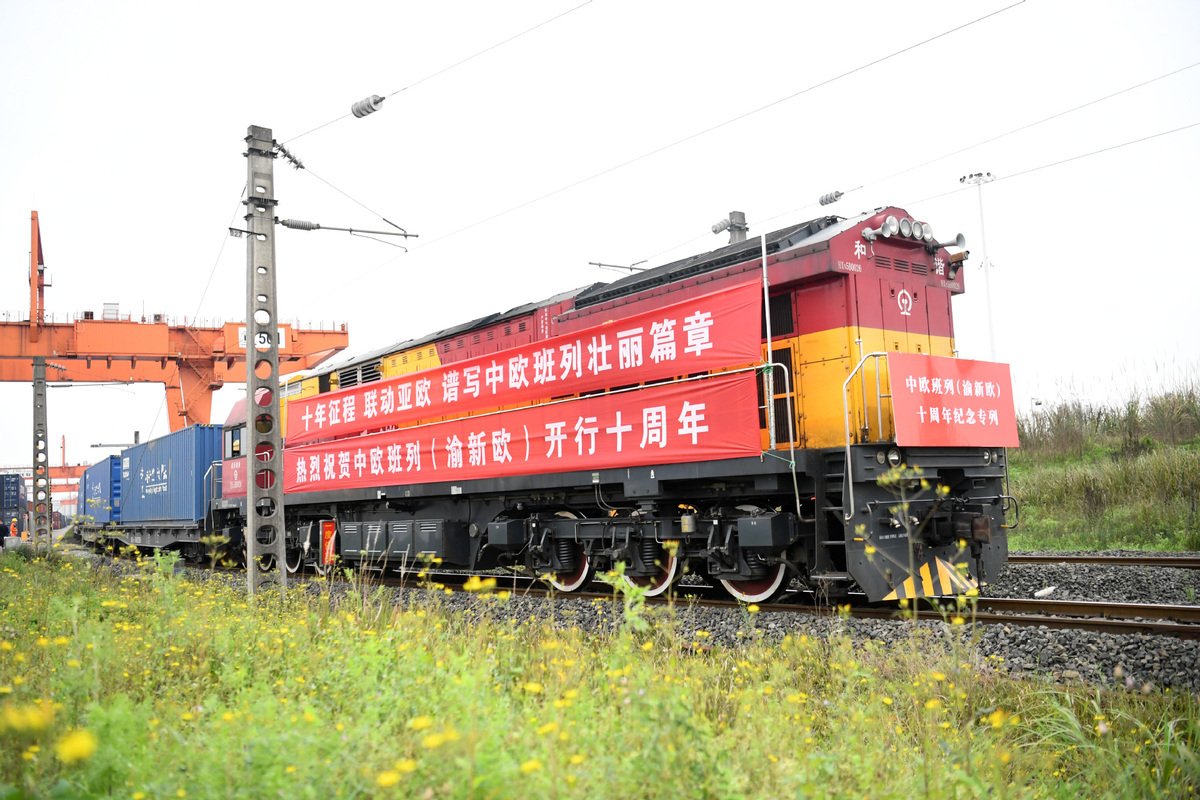 Freight train services connecting China and Europe have been increasing significantly thanks to the expansion of capacity in China and enhanced coordination with countries along the routes.

China State Railway Group, the national railway operator, said there were 7,377 China-Europe freight train trips in the first half of this year, up 43 percent year-on-year.

Between January and June, the trains carried 707,000 20-foot equivalent units, a year-on-year increase of 52 percent.

The group said the network has covered 29 provincial-level regions in China, reached 168 cities in 23 European countries, and has shown resilience in the face of the COVID-19 pandemic, injecting vitality into the market.

It said it has continued to improve operation of the services, such as boosting the efficiency of loading and offloading cargo.

The company said that in the first half of the year, a record 85 percent of outbound services made return freight trips.

Since the middle of last year, it has carried out expansion projects in key railway ports such as Ereenhot in the Inner Mongolia autonomous region and Khorgos and Alataw Pass in the Xinjiang Uygur autonomous region.

An international cooperation system it initiated has played a crucial role in improving the quality of the services.

In the first six months of this year, representatives from transportation organizations and businesses from countries operating freight train services held two video conferences, discussing issues such as timetables and routes.

The variety of products carried by the trains has been expanding, from laptops and related parts at the beginning to more than 50,000 items nowadays, including automobiles, chemical products, mechanical and medical supplies, as well as all kinds of goods from online retailers.

The value of the products carried by the service increased to nearly $56 billion last year from $8 billion in 2016.

This year marks the 10th anniversary of the departure of the first China-Europe freight train, which traveled from Chongqing to Duisburg, Germany.

Foreign Ministry spokesman Zhao Lijian told a news conference in May that the services, like the contemporary railway version of camel caravans, have played an important role during the pandemic in keeping logistics unimpeded and ensuring a stable supply of materials to China, Europe and countries along the routes.