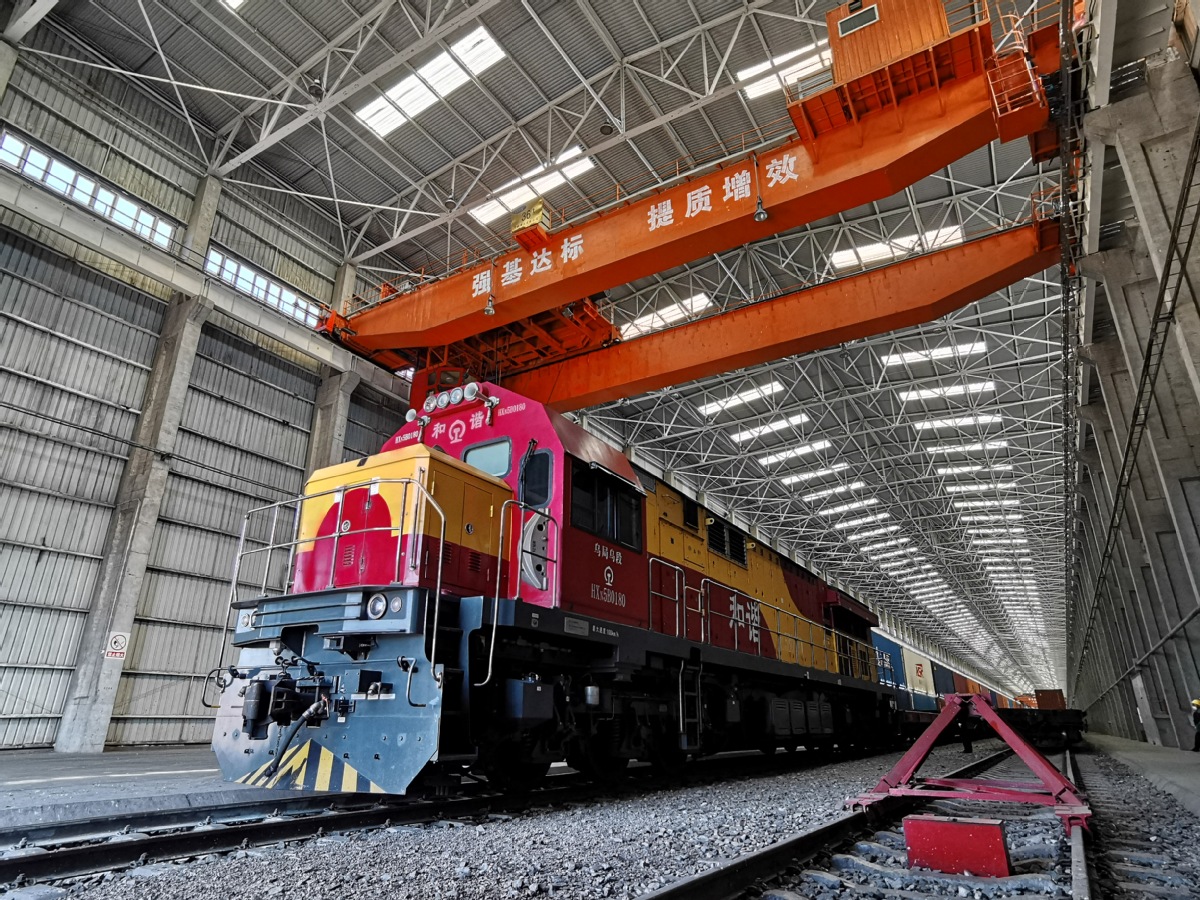 After just one year of cross-border e-commerce exports, Alashankou Port in the Xinjiang Uygur autonomous region is already ranked the fourth busiest in China for such operations.

More than 50 million e-commerce packages destined for Europe passed through the port by the end of last year, with the export value reaching 1.17 billion yuan ($180 million), Alashankou’s bureau of commerce and industrial information said.

A sorting and customs clearance center for cross-border e-commerce was launched in the Alashankou Comprehensive Bonded Zone in January last year. It handles goods for export mainly from Dongguan and Shenzhen in Guangdong province and Hangzhou in Zhejiang province. The items include toys, electronic products, clothing and smartphone accessories.

Packages exported from Alashankou Port surged from 97,000 in March to 3.74 million in April and 10 million in May.

The port is a major transit point for trains headed to Germany, Poland, Russia and other European countries.

“When huge restrictions were imposed on international air connections during the COVID-19 pandemic, rail was an option available for logistics enterprises,” said Niu Yanwen, a customs official at Alashankou Port.

Named after a pass in the nearby Alataw Mountains, the port is located on China’s western border with Kazakhstan. The port is the closest Chinese city to the European Union and has leveraged its geographical advantage to develop the cross-border e-commerce business. The China-Europe Railway Express freight service that passes through the port has also contributed to the boost in exports, Niu said.

The cost of transporting goods by freight train from China to Europe is only 20 percent that of air transportation, he said. Rail also takes 80 percent less time than sea transportation.

In November, it took only 11 days for parcels to be sent from retail giant Amazon’s Shanghai warehouse to Alashankou and then to customers in Duisburg, Germany, Niu said.

Various measures have been implemented to improve the efficiency of customs clearance at the port, including setting up special service windows and implementation of a 24/7 timetable to facilitate nonstop operations year-round.

“To make sure cross-border e-commerce runs smoothly, customs has to optimize the functions of several departments and deploy human resources rationally,” Niu said. “The service is already on the right path.”

Xinjiang’s Department of Commerce and the Office of Port of Entry and Exit gave Sun’s company, which operates the bonded zone, 2 million yuan to develop cross-border e-commerce.

The Alashankou Port has attracted more than 506,700 domestic and international enterprises, Sun said.

Ceva Logistics, a third-party logistics provider, is among them.

The company was attracted by the favorable policies, innovative measures and effective pandemic control at the port, he said.

From March, around 90 percent of the company’s cross-border e-commerce orders in China were freighted from Alashankou Port to Europe.

“When COVID-19 shut down many ports, the Alashankou Port saw its freight volume continue to grow,” Tang said. “We are confident in the prospects of the port.”

The logistics company plans to have 70 percent of its international truck and rail shipments depart from the port and will set up large warehouses in the bonded zone.

“We can directly send the goods off from Alashankou instead of dispatching goods from the warehouse in Shanghai, which will shorten shipping time,” Tang said.

The port’s efforts to promote its cross-border e-commerce services have also helped fuel the development of the transport industry in Alashankou and benefited stakeholders.

Zhang Mingzhu, the manager of a transportation company in the city, said handling e-commerce commodities increased the company’s revenue by more than 38 million yuan last year.

“During the Nov 11 Singles Day online shopping festival last year, the company transported more than 100,000 parcels on average to the port each day,” she said.