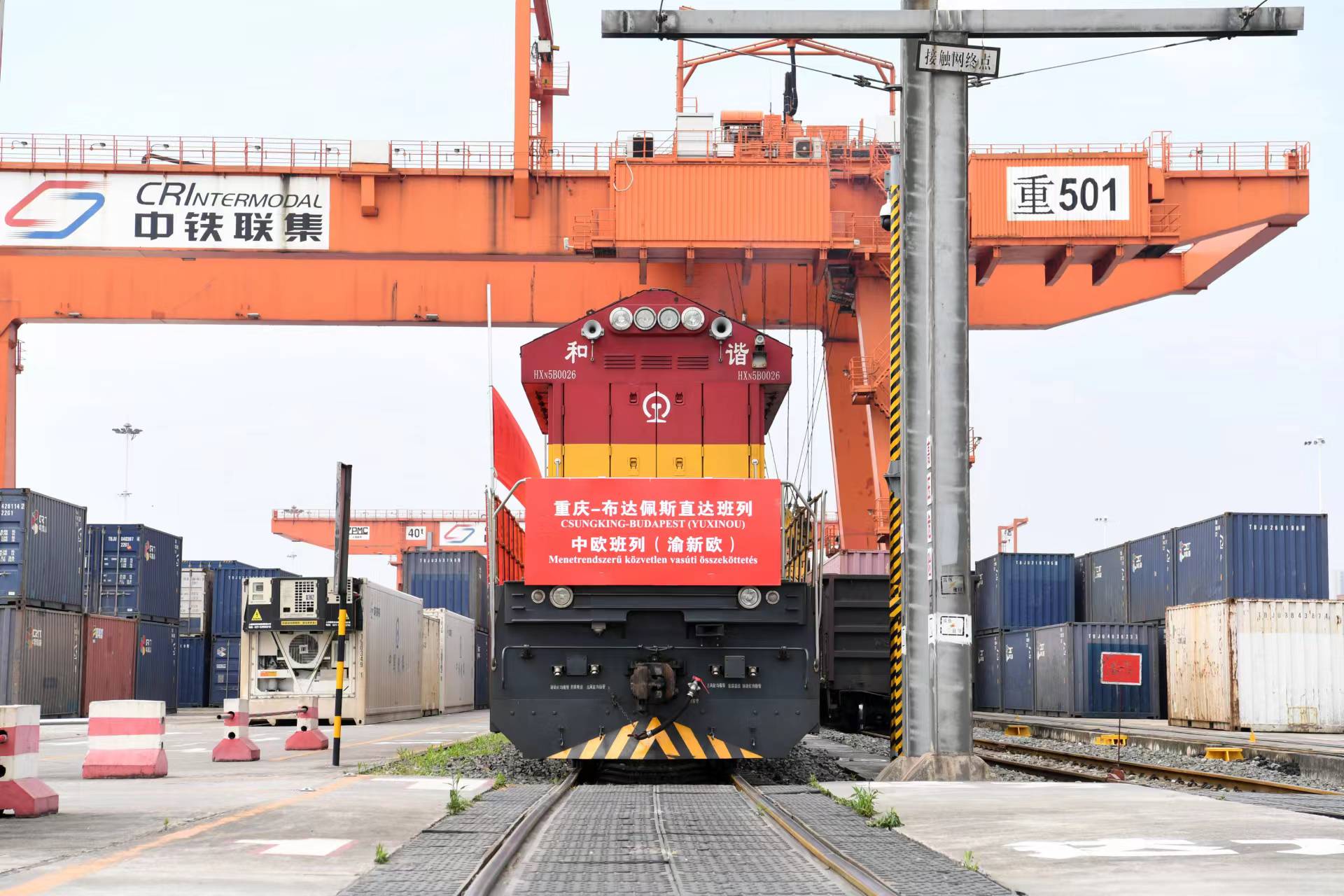 The Central European Trade and Logistics Cooperation Zone (CECZ), founded here in 2012, is a major trade hub that facilitates trade cooperation between Hungarian and Chinese companies and also between China and the other countries of Central and Eastern Europe (CEEC).

Established by Beijing as part of the Belt and Road Initiative (BRI), the CECZ is China’s first national-level trade and logistics overseas cooperation zone.

After ten years of development, the CECZ has now become a two-way interactive platform for Chinese and European enterprises, facilitating cooperation in the following areas: exhibitions and trade, logistics, warehousing and industrial investments.

Wu Jiang, chief executive officer (CEO) of the CECZ, has overseen the zone’s development since its inception.

Wu arrived in Hungary to work in business and logistics more than 30 years ago. The idea to create the CECZ was first raised in 2011, he recalled.

In June of that year, Hungary hosted the first China-CEEC Economic and Trade Forum, where China set in motion its economic and trade cooperation with the countries of the region. This perfectly matched the Hungarian government’s newly announced “Eastern Opening” policy.

Drawing on his years of experience, Wu was aware of the challenges inherent to such an undertaking. The participating Chinese companies had no prior experience in the region, and if they wanted to develop overseas, they would have to build up their presence from scratch. Platforms like the CECZ proved vital to their effort.

Cai Bin, authorized representative of China’s Gree Electric Appliances Inc. in Hungary, is very impressed by the CECZ’s potential to serve as a bridge for economic and trade cooperation.

“After our goods arrive, they are stored in the warehouse in the zone When we place an order, the staff here will help us deliver it to various supermarkets across Hungary, which is very convenient for us,” she said.

Since Cai’s company entered the zone in 2016, its business volume has increased significantly. The sales figures for 2021 are seven or eight times higher than they were in 2016.

Hungary’s geographical location makes it an ideal spot for a logistics hub, and the CECZ’s record over the past decade has justified all its founders’ expectations.

The arrival in June 2017 of the first Changsha-Budapest China-Europe freight train operated by the zone represented a new milestone in the CECZ’s history. This train, carrying 41 containers filled with Chinese-made products, was the first to enter a European Union (EU) member state via Ukraine.

“The opening of the Ukraine-Hungary route has been a very beneficial addition to the trajectory of the China-Europe freight train,” Wu said.

Compared with the traditional northern route of the China-Europe freight trains that reached the EU via Poland, this southern route avoids the predictable congestion at the Belarus-Poland border and shortens both travel distance and time.

In the past few years, the CECZ has established cooperation with the operators of other train routes, such as those linking the Chinese cities of Xi’an, Jinan, Guangzhou and Linyi with Budapest.

On January 29, 2017, the “China-Europe Land-Sea Express Line” was inaugurated by the CECZ and China’s shipping giant COSCO.

Goods from Ningbo, China, are shipped by sea to the Port of Piraeus in Greece, and then delivered to Budapest by rail.

Most recently, on October 21, 2020, a regular cargo charter flight route between Zhengzhou and Budapest was opened.

Ghibli, a full-service logistics provider, was among the first companies to settle in CECZ’s Logistics Park in Budapest’s Csepel Port. “I am very proud that we were the first company to send an export train to China, and that together with the COSCO Group we have transported goods from Piraeus Port to Budapest,” Ghibli’s CEO Zoltan Szabo said.

The past decade has also witnessed the CECZ’s continuous expansion. Today, it also has an exhibition center in Budapest and two logistics parks respectively in Csepel Port and in Germany’s Bremen Port.

Furthermore, the CECZ is now a major actor in industrial investment as well.

In 2021, the zone’s cumulative investment portfolio was worth 135 million U.S. dollars. It was home to 175 enterprises, among them 50 Chinese-funded holding companies, accounting for a total trade volume of nearly 2.7 billion U.S. dollars and exports of 4.2 billion U.S. dollars. Huawei, Wanhua, Bosch, Siemens, Audi, Samsung and many other well-known Chinese and international are now active in the CECZ.

With the rapid development of cross-border e-commerce in recent years, the CECZ is also actively engaged in overseas warehouse construction and supports logistics services there.

“We hope to provide services for the projects of the BRI by building more trade and logistics parks,” Wu commented.