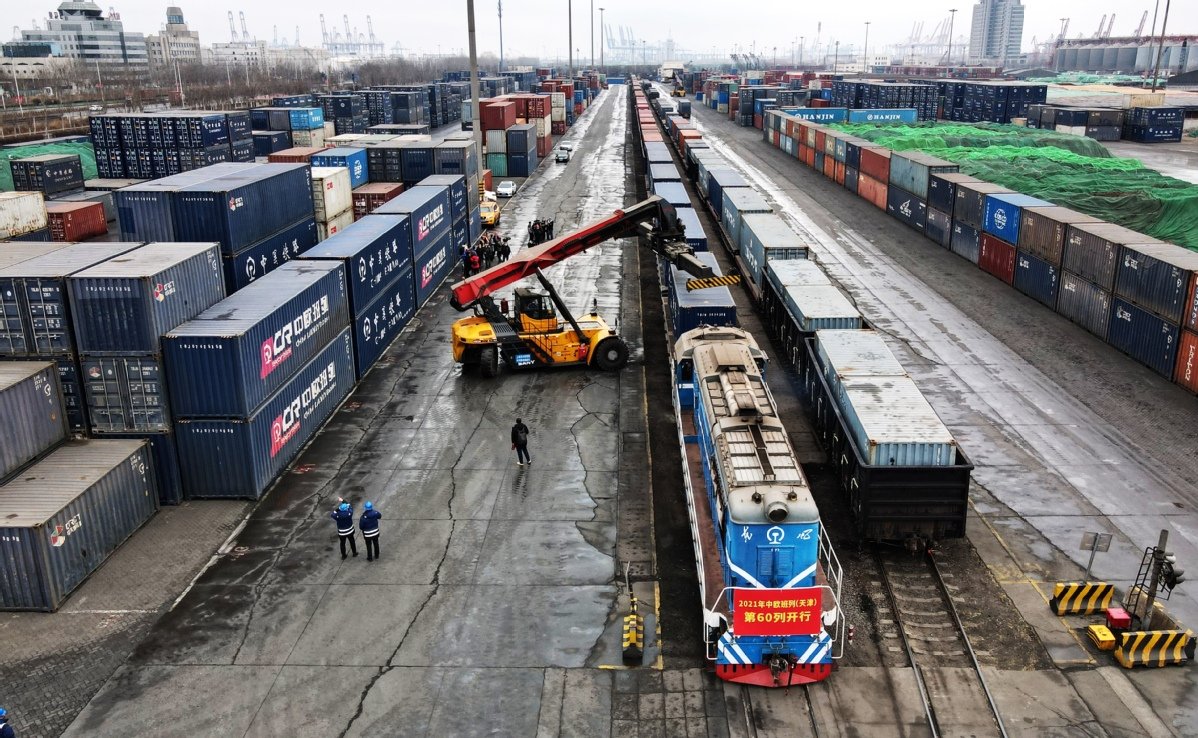 The first China-Europe freight train from Shanghai was welcomed by Chinese and German officials and business partners in the German port city of Hamburg on Tuesday, and hailed as a boost to bilateral trade ties.

Carrying 50 containers of goods, including garments, solar panels, auto parts and precision instruments, the so-called Shanghai Express travelled more than 10,000 kilometers, through the Alataw Pass in the Xinjiang Uygur autonomous region, and then through Kazakhstan, Russia, Belarus and Poland, before arriving in Hamburg.

In a ceremony on Tuesday morning, Peter Tschentscher, first mayor of Hamburg, said  Hamburg and China are strong cooperation partners, citing the fact that one third of containers in its harbor are either coming from or on their way to China.

In a video message, he said that as a critical juncture for the Belt and Road Initiative, Hamburg is now linked to 20 Chinese cities, with more than 200 freight trains.

“I’m so pleased that the direct freight train Shanghai Express between Hamburg and Shanghai has been put into service,” said Tschentscher, who took the job in 2018, replacing Olaf Scholz, who looks likely to succeed Angela Merkel to become Germany’s next chancellor. Scholz and Tschentscher both belong to the Social Democratic Party (SPD).

Tschentscher noted that Hamburg and Shanghai have conducted comprehensive cooperation in the economic, trade, scientific, education and cultural fields since establishing sister city ties 35 years ago.

“The new freight trains have shortened the distance between Hamburg and Shanghai and it is an important supplement to trade between Germany and China,” he said.

Wang Wei, China’s deputy consul general in Hamburg, described the new Shanghai Express as the “icing on the cake” to the 35 years of sister city ties, and spoke of it “opening a new platform for bilateral cooperation in the post-pandemic era”.

Michael Westhagemann, head of the Hamburg Authority for Economics and Innovation, echoed this view, calling the freight train “a new milestone for cooperation between Hamburg and Shanghai, and between Germany and China”.

He described himself as a witness of the great transformation in Shanghai and China since his visit there in the 1980s.

Meanwhile, a Shanghai-bound train left Hamburg early this month carrying exhibits for the 4th China International Import Expo, to be held in Shanghai from Nov 5-10.

According to the China National Railway Group, more than 10,000 freight train services operated between China and Europe in the first eight months of this year, a year-on-year jump of 32 percent, carrying 964,000 TEUs (two-foot equivalent units), an increase of 40 percent over the same period of last year.

There are more than 70 China-Europe freight train routes, reaching more than 170 cities in 23 European countries.