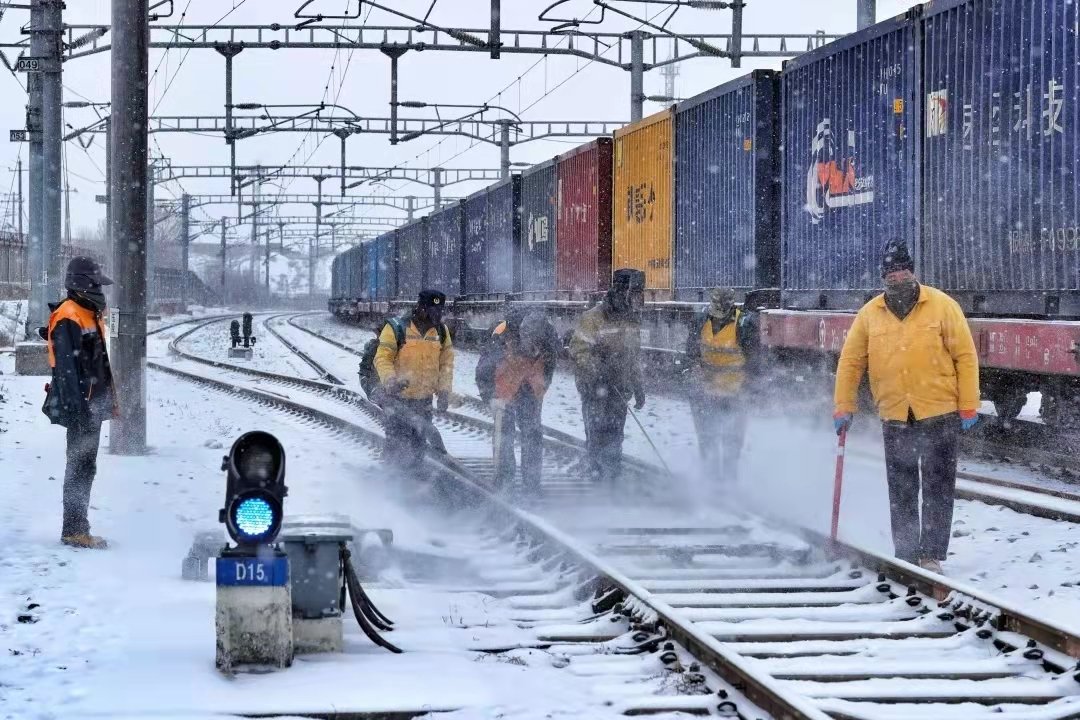 The operations of China-Europe freight trains are unaffected by a new cluster of COVID-19 cases in Khorgos port in Northwest China’s Xinjiang Uygur Autonomous Region, an official from the Khorgos Customs told the Global Times.

The outbreak has not affected road or rail transport via the Khorgos port and China-Europe cargo trains are running normally without any congestion, the official said.

Khorgos, a major port for China-Europe freight trains, has found itself in a new wave of COVID-19 cases. Six new confirmed cases and 16 asymptomatic cases were reported in the city on Monday, according to the regional health commission of Xinjiang.

The city has implemented lockdown measures on the living and working places of both confirmed and asymptomatic cases.

Shipments and logistics are still normal but they’re being slowed down due to the lockdown measures in the city, a trader surnamed Yang based in Khorgas told the Global Times on Tuesday.

Xu Yuanyuan, manager of Shaanxi Further Strategy Supply Chain Management Co, told the Global Times on Tuesday that the new COVID-19 cases in Khorgos have had no impact on China-EU freight trains setting out from Northwest China’s Shaanxi Province so far, but the stricter disinfection and inspection procedures may cause some delays.

“Take the flare-ups found in Alashankou last year as an example. The outbreak delayed a batch of our imported barley for two months at the port,” Xu said.

According to data from local customs, the import and export volume through Khorgos port exceeded 39.6 million tons in 2021, and the value exceeded 283.9 billion yuan ($44.7 billion), up 15.1 percent and 17 percent year-on-year.

More and more commodities made in China, including machinery, equipment and medical supplies from all over the country, are exported to Central Asia and European markets through the port.

Other railway operations via the China-Europe train remain smooth and stable. The travel time to Europe is about 25-30 days, a person with a logistics company based in East China’s Shandong Province told the Global Times on Tuesday.

He added that it’s hard to get space on the trains due to the booming demand as the China-Europe freight train is a stable and efficient international logistics channel amid the pandemic.”You need to book 10 days in advance at least,” he said.

It will exit China through Alashankou port and is expected to arrive in Tashkent in about six days. The train carries a total of 100 standard containers full of mechanical and electrical products, tires and Tsingtao beer worth about $1.97 million.

Since the beginning of this year, China’s logistics industry shows steady recovery