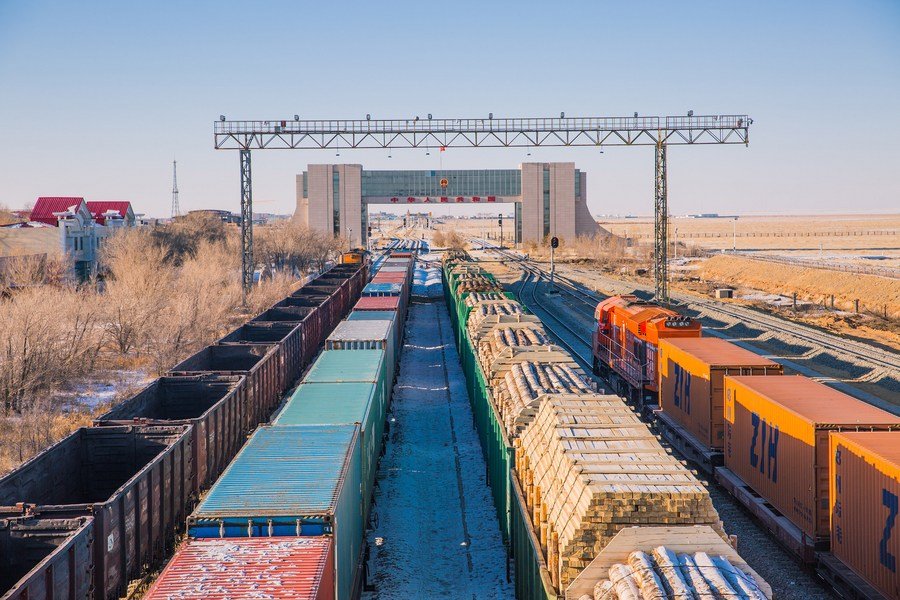 In the first three months, 642,000 tonnes of freight were exported via the port, according to the Erenhot station under the China Railway Hohhot Group Co., Ltd.