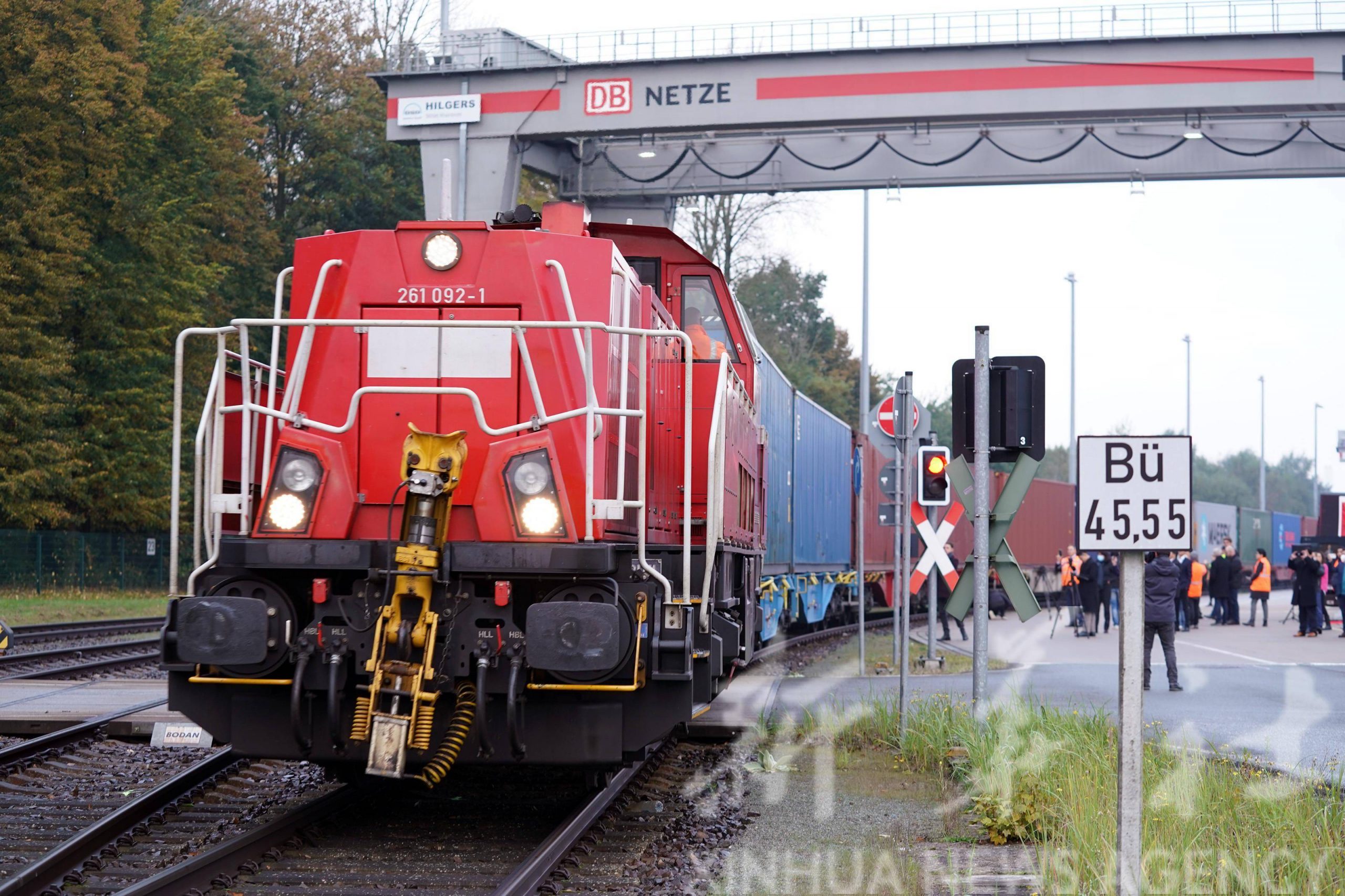 The first fully loaded China-Europe freight train arrived from Shanghai, China’s economic hub, in the northern German city of Hamburg on Tuesday, further expanding the rail services between Europe and Asia amid the global logistics disruption.

According to Xinhua News, the first “Shanghai Express,” carrying 50 containers loaded with apparel, auto parts and solar panels, traveled more than 10,000 km before arriving in northern Germany late on Monday.

Initially, one train per week will operate, but the service is planned to be extended in the future.

The China-Europe freight trains traveling along 73 routes have reached more than 170 cities in 23 European countries, since it was launched in 2011.

China-Europe freight train trips have gained robust growth momentum since the start of 2021, with the total number surging 32 percent year-on-year to reach 10,030 by the end of August, two months earlier than last year, data from the China State Railway Group Co., Ltd. showed.

At the DUSS transshipment terminal in Hamburg, the welcome ceremony was attended by Wang Wei, deputy consul general of the People’s Republic of China in Hamburg, and Michael Westhagemann, Hamburg’s senator for economic affairs.

This year marks the 35th anniversary of the signing of a partner city agreement between Hamburg and Shanghai and the launch of the “Shanghai Express” has raised the two cities’ cooperation to a new level, Wang told Xinhua.

“Shanghai Express” represents a new milestone in the cooperation between Hamburg and Shanghai, as well as between Germany and China, which makes the launch of the first freight train so significant, he told Xinhua.