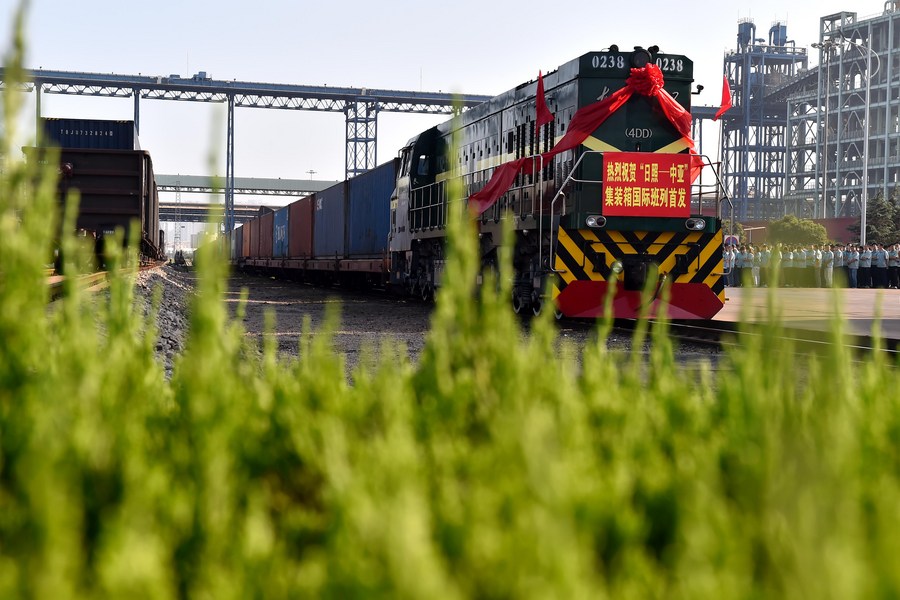 As the Russian invasion of Ukraine is causing additional strain to the global supply chain that is already dealing with coronavirus-related disruptions, rail transport in the region that is at the nexus of Asia and Europe has become a direct victim.

The China-Europe freight train is a key logistical cog in the Initiative of New Silkroad. The cross-continent network has served as a critical pipeline for Chinese exports to Europe in the past few years, especially during the ongoing global shipping crisis as costs soared and port congestion worsened. But now it is facing the most serious challenge in its history.

The history and development of the China-Europe freight trains

Providing an alternative to container shipping, the freight trains transport a variety of Chinese goods – ranging from clothing and household appliances to car parts – in containers to European consumers by rail. It does not travel along a single route, but a network of railways that span over the two continents- departing from China, passing through Central Asia and finally arriving in western Europe – mirroring the ancient Silk Road.

The first train departed in 2011, from Chongqing in southwestern China to the German city Duisburg. The demand for freight was significantly boosted after China officially launched the Belt and Road Initiative in 2013 amid calls to deepen economic cooperations between China and Europe. 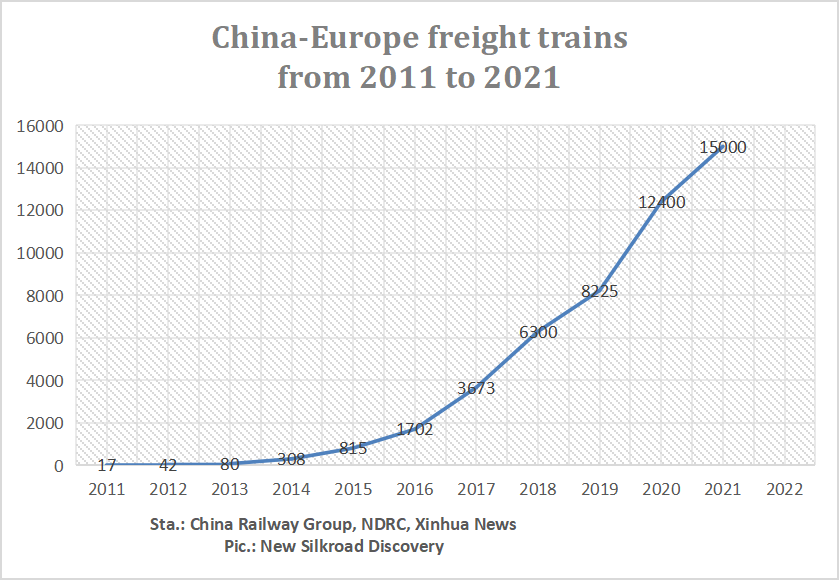 The coronavirus pandemic, which has snarled port operations globally, caused massive shipping delays and sent sea freight costs soaring, has also driven many exporters and importers to explore trains as a transport option.

In 2021, a record of 15,183 train trips were made along the Eurasia route – compared to only 17 a decade ago – transporting 1.46 million twenty-foot equivalent unit (TEU) containers, according to China’s state railway operator.

As of January, more than 50,000 train trips have brought 4.55 million TEU of cargo worth US$240 billion to 180 cities in 23 countries in Europe, figures from the China State Railway Group Company showed.

The eastern, central and western corridors are the three major routes for the China-Europe freight train.

The eastern route is designated for Chinese exports from the coastal areas of China, such as the Yiwu – a city dubbed China’s manufacturing showroom in eastern Zhejiang province. It exits China through Manzhouli in the Inner Mongolia autonomous region and passes through Russia before entering Europe via Belarus and Poland.

The central route carries goods made in central China, as well as southern coastal provinces such as Guangdong – the manufacturing powerhouse of the country. It enters Mongolia through Erenhot – another border city in Inner Mongolia, and then passes through Russia before entering eastern and western Europe.

The Western route is mainly for exports from Western China, and it goes into Kazakhstan via Alashankou or Khorgos in the Xinjiang Uygur autonomous region and then further into Europe. Most of the routes run through Russia, Belarus and Poland, while a small number of trains also pass through Ukraine and en route to Hungary.

How has the freight trains been affected by the war?

As the war continues, concerns over further shipment and supply chain disruptions along the route are growing. Trains passing through Ukraine have been suspended or diverted, while the main route, which does not pass through Ukraine, has been so far operating normally.

But the sanctions on Russia – a country the main routes all must pass through – have further complicated the situation. Both the European Union and the United States have included Russian Railways – the country’s state-owned railway company – on their sanctions list.

Even though the European Union sanctions so far have been financial – focusing on the transactions of financial assets – which means rail operations are not included, the growing uncertainty has led many European customers to cancel their booking and switch to sea freight, industry insiders said.

And the joint decision by US and its Western allies to exclude selected Russian banks from the Swift financial messaging system has also raised questions over freight settlements for the Russian section of the route, although the actual impact remains to be seen.

The challenges ahead for the China-Europe freight trains

Passing through dozens of countries is an asset during peacetime, but amid rising geopolitical tensions, the CRE seems particularly fragile compared with air and ocean freight.

Efficiency is another key weakness as the CRE is used predominantly for westbound Chinese exports, with empty trains often returning to China.

It has heavily relied on government subsidies for operation and rapid expansion since it started, as its own profitability level remains low.

Congestion also remains a critical problem for all the routes due to strict border check procedures. The issue has been amplified since the coronavirus pandemic began as more disease preventive measures are being carried out.