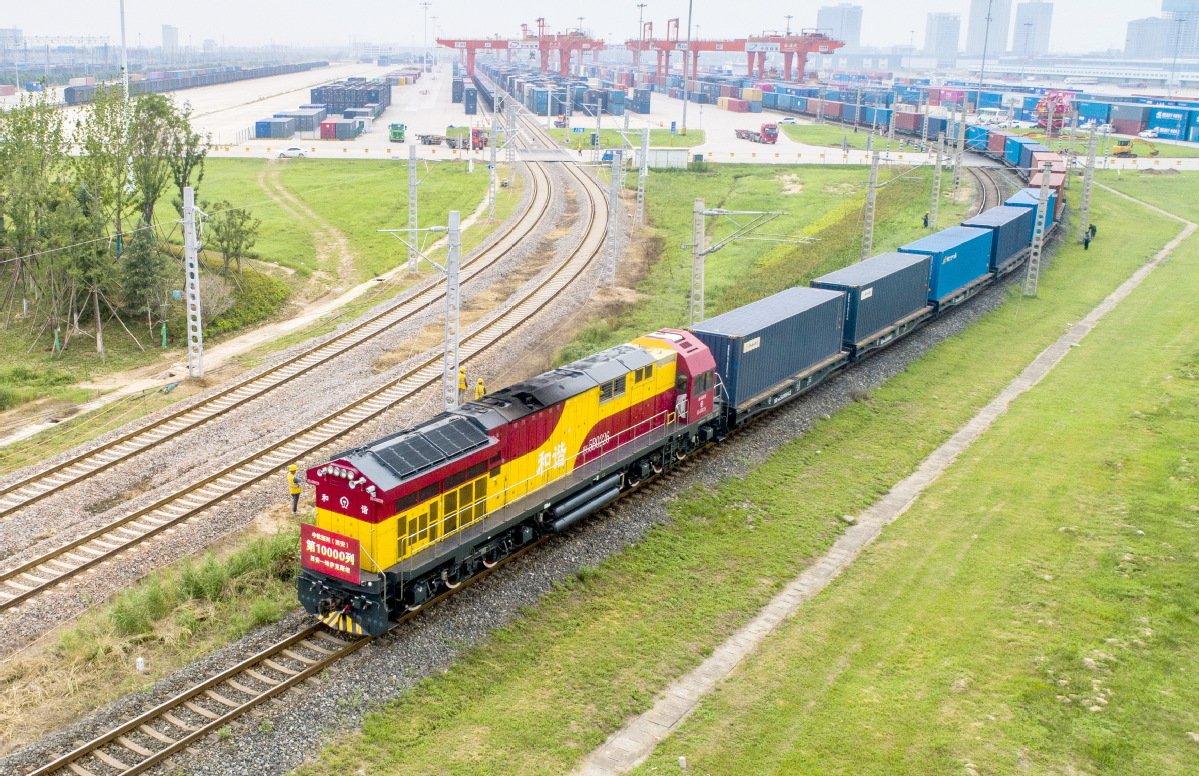 Operations initially remained stable when Russian troops first entered Ukraine on February 24, but the introduction of sanctions by governments from around the world soon forced a rethink in the rail freight and logistics sectors, reported by International Railway Journal.

Most trans-Eurasian trains did not operate via Ukraine and so were unaffected by the outbreak of war. Trains which did operate into the beleaguered country were either diverted or suspended.

A month into the crisis, shippers are seeking the greater security of maritime routes for freight that was previously earmarked to travel by rail. Russia’s actions look set to halt the remarkable growth on the corridor in the past few years, fuelled by Chinese subsidies for Eurasian rail freight flows.

Indeed, on February 26, two days after the invasion commenced, China National Railway reported that 15,000 trains carrying 1.46 million TEUs operated during 2021. This was an increase of 22% and 29% respectively compared with 2020. Reports by Interfax claim that for the first two months of 2022, international traffic volumes through Russia increased by 0.8% to 94.5 million tonnes.

Tonndorf says that intermodal trains were running to and from Russia without major problems. However, she confirmed that transport volumes were “rather low” and that exchange with Russia and via the Silk Route has dropped quite significantly. “It is impossible to make predictions on how the situation will evolve but Hupac will continue to offer transport via Russia and the Silk route at a regular level, and will strictly following the rules in place.”

Tonndorf was referring to the financial sanctions imposed on Russia by the United States government, the European Union (EU) and other governments following the invasion. These sanctions do not prohibit the movement of rail freight and are restricted to debt, equity deals, financing and other transactions. The US government named Russian Railways (RZD) as one of the 13 most important companies in Russia.

In light of this situation, the Vedomosti Russian news website reported that Russian Railways (RZD) has switched to a 100% pre-payment system for freight traffic. Reports state that RZD has stopped working with bank guarantees provided as security and has switched payment methods.

The reports also suggest that the volatile state of the financial markets mean that deferred payment for shippers will also be temporarily unavailable.

RZD has proposed to increase tariffs for several commodities from April 1 aimed at adapting the business to “the current foreign economic conditions.”

Rossiyskaya Gazeta also reports that the Russian Ministry of Transport does not plan to keep foreign wagons and containers on Russian territory. This contrasts with a statement from the ministry that said that freight wagons from other countries can run freely throughout the entire RZD network within the framework of the current regulatory documents. No restrictions are provided for them by the regulatory acts of the Russian Federation.

Austrian Federal Railways (ÖBB) freight subsidiary Rail Cargo Group (RCG) transported approximately 4.4 million tonnes to and from Ukraine in 2021. On February 24, spokesman, Mr Bernd Winter, told IRJ that, at that point, there was no impact on services, but that the situation was being monitored and alternative routes could be found if necessary.

Two weeks later, on March 10, Winter told IRJ that rail connections between Ukraine and Russia had been interrupted. He also said that that trans-Eurasian trains were being diverted via Belarus and Poland and that an alternative route from China via Turkey was being “worked on.”

The day before the invasion began, Far East Land Bridge (Felb) Group, a subsidiary of RZD Logistics, said that it was prepared for any impact on business and that it was in constant communication with suppliers, terminals and its partner RZD Business Asset. CEO Mr Uwe Leuschner said this was a chance for Felb to be proactive in the market and react when needed.

Alternative routes were prepared, and further cooperation was being worked on with a particular focus on short-sea transport. A Felb spokesperson declined to comment if there had been any disruption at that point, and a subsequent request for comment by IRJ received no reply.

On March 4, shipping firm Maersk confirmed it had temporarily suspended new intercontinental rail bookings without exception on both east and westbound services between Asia and Europe until further notice.

Maersk says the decision was made following the sanctions on Russia and its allies, and that following careful consideration, it had decided to establish new and revise existing processes, which included accepting and handling bookings for Belarus. The company confirmed it could not engage with, receive from or make payments to any sanctioned banks or any other sanctioned party including those from Belarus and Russia.

In a blog posted on the company’s website on March 2, Container xChange co-founder, Mr Christian Roeloffs, wrote that there could be more demand for maritime shipments and equipment out of Asia to Europe at the expense of rail. He suggested that some routes via Russia and Belarus had been closed or were being used by the military. “We expect this war to add to the stretched nature of global container supply chains, bring yet more inflation, disruption and delays,” he wrote.

Delays were already being felt in the maritime freight sector at the start of the invasion due to storms in northern Europe. This has since been exasperated by the desire from companies to move their goods via sea rather than rail in the immediate future. Soon after the invasion began, certain ports began to refuse to accept Russian ships and goods, and there is concern that this will create congestion.

In China there are further problems being created by another outbreak of Covid-19 which is forcing the government to introduce lockdowns, once again hampering the supply chain and logistics industry.

European Rail Freight Association (ERFA) secretary general, Mr Conor Feighan says that because of the invasion, “the notion of a globalised supply chain is being torn asunder.” There is also concern about congestion at ports and terminals due to Russian containers not being accepted due to the sanctions.

Feighan says that with RZD the main operator on the route and the only carrier willing to cross the Russian border, the northern Silk Road was “significantly hampered.”

Asked about the southern route via Kazakhstan, Azerbaijan and Turkey, he said there were capacity constraints, but these related to terminals in Europe rather than on the tracks themselves. Trains operating via this route take much longer than those via Russia where transit times are between 14 and 18 days. There is also concern about reliability, with the prospect for trains to arrive 12 or 24 hours later than planned. Feighan suggested that one option to reduce the length of the journey is to operate short haul trips across the Caspian Sea, which he compared to having to change trains at borders.

Feighan says it is hard to predict how the market will respond to the crisis but suggests one positive is that the southern route has potential to grow substantially as it operates through a more populated area. He highlights Georgia, Azerbaijan, Armenia and Kazakhstan as countries that will become better connected and which have expressed interest in serving rail freight.

As for when operators and shippers will return to the route via Russia, Feighan is unsure. “I don’t think there’s much confidence that we will go back to ‘a normal’ anytime soon” he says. In just over a month, Russia’s actions in Ukraine have turned the Eurasian rail freight market on its head. The only certainty right now is that there remains much uncertainty.