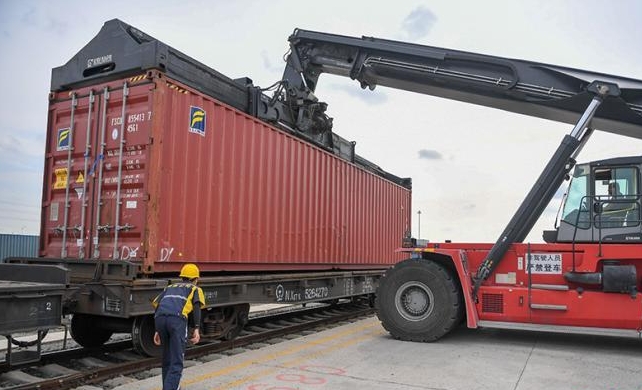 A freight train composed of 100 twenty-foot equivalent units (TEUs) loaded with auto parts, plates, mechanical components and epidemic prevention and control supplies departed from Changchun International Land Port (CCILP) in Changchun, the capital of Northeast China’s Jilin province, on Jan 2. The train is bound for Germany, and its departure made it the first freight train to leave Changchun for Europe this year.

Since going into operation in 2015, the China-Europe trains (Changchun-Manzhouli-Europe) have carried more than 57,998 TEUs of goods, with a value of 13.5 billion yuan ($2.09 billion).

Among the goods exported, there were more than 90,000 boxes of epidemic prevention and control supplies with a weight of 891 tons and a value of 260.09 million yuan.