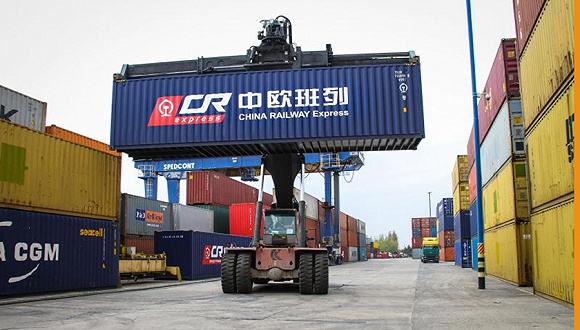 The strategic cooperation between the developer of the East-West Gate (EWG) intermodal terminal, being built in Fényeslitke and the Kazakh EuroTransit Group will significantly increase rail freight traffic between Asia and Europe and make the rail transport of European export products possible. Under the agreement, signed at the TransRussia International Transport and Logistics Exhibition in Moscow, the two companies will jointly offer a fast and reliable transport route to the operators of the ever-growing land freight traffic. When announcing the agreement, His Exc. Mr. Norbert Konkoly, Hungarian Ambassador to Moscow， emphasized that with the investment in Fényeslitke, Hungary could once again become a key player in international rail transport.

The need for fast and reliable rail freight transport in trade between Asia and Europe is increasing continuously, as clearly indicated by the record number of freight trains running between China and Europe last year. One of the biggest obstacles to the further growth of freight traffic between the two continents are the Polish and Belarusian terminals in Central and Eastern Europe, which handle the majority of traffic and are already operating at maximum capacity.

East-West Intermodal Logistics Plc., developing EWG in Fényeslitke, and the Kazakh EuroTransit Group are jointly looking for partners and offering them complex logistics services between Asia, mainly in Western and Inner China as well as the European Union, under a long-term cooperation agreement. The EWG also supports the development of the EuroTransit Group through transfer of technological know-how.

The Kazakh EuroTransit Group is a major player in freight traffic between Asia and Europe, a traffic management and transportation group that operates one railway- and several truck terminals on the Kazakh-Chinese border and is currently building a second railway terminal to handle the growing traffic. The East-West Gate in Fényeslitke, which will be the largest land-based intermodal terminal in Europe in terms of nominal capacity, offering an alternative route for container traffic from Asia to Europe and for European export to Asia at the meeting point of wide-gauge and narrow-gauge railways.

When announcing the agreement, His Exc. Mr. Norbert Konkoly, Extraordinary and Plenipotentiary Ambassador, emphasized that Hungary is a gateway between the East and the West, and the East-West Gate project will be a tangible realization of this. He emphasized that the most modern intermodal logistics center in Europe is currently being built in Fényeslitke.

Mr. Erlan Dikhanbayev, CEO of EuroTransit, said the operation of their railway terminal in Dostyk, the most important transshipment area on the Kazakh-Chinese border, would be coordinated with the East-West Gate in Fényeslitke. In the remaining time until commissioning the two terminals, the shipping base will be built, workflows will be synchronized, which will allow the terminal to operate at full capacity immediately after being handed over.

The agreement will not only simplify and increase the rail freight traffic between the two continents, but due to the terminals providing track-change technology, export from Western Europe to Asia passing through Hungary may also increase significantly.

Mr. János Tálosi, CEO of East-West Intermodal Logistics Plc., said that the new Hungarian terminal presented at the exhibition has attracted huge interest and several Kazakh, Russian and European logistics operators with significant traffic as well as the Russian state railway company RZSD have initiated negotiations to reserve capacities at the terminal.