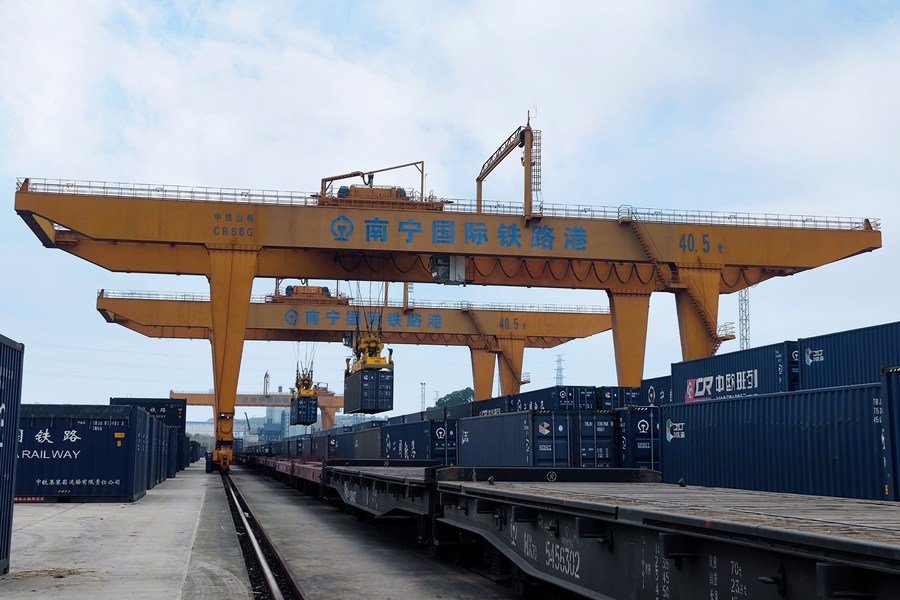 The New International Land-Sea Trade Corridor, a trade and logistics passage, has expanded its reach to 315 ports in 107 countries and regions, according to the municipal government of southwest China’s Chongqing.

The corridor is jointly built by Singapore and provincial-level regions of western China, with Chongqing as its center of operations.

In the first quarter of 2022, some 26,000 twenty-foot equivalent units (TEUs) of goods worth 4.4 billion yuan (670.8 million U.S. dollars) were transported through the passage, rising 18.2 percent and 23.2 percent year on year, respectively, said Hu Hongbing, a port and logistics official with the municipal government.

Since its opening in 2017, the number of TEUs transported from Chongqing through the New International Land-Sea Trade Corridor rose from less than 3,000 to 112,000 in 2021, while the value of goods rose from 580 million yuan to 18.7 billion yuan over the same period, according to Hu.