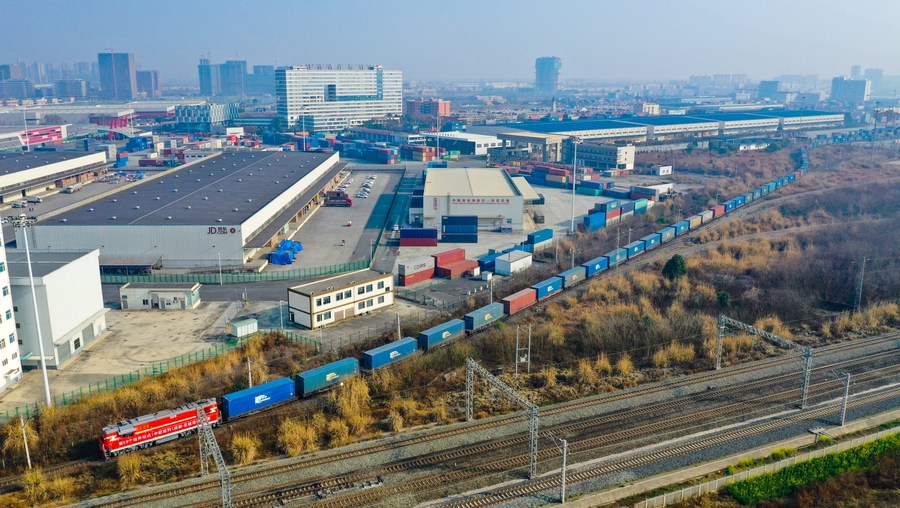 The annual sessions of the National People’s Congress (NPC) and the National Committee of the Chinese People’s Political Consultative Conference (CPPCC) have come to an end. Representatives from the industries of railway, transportation and manufacturing brought their proposals for the development of China-Europe rail transport.

Wang Wei, deputy general manager of Oriental International Enterprise Ltd., suggested that the provisions of the railway embargo should be appropriately revised. “Currently, international agencies have put forward new safety protection requirements for the transportation rules of lithium batteries. The transportation authority should conduct risk assessments on sea, air, rail and road transport, and propose measures for rail transport of lithium battery , rather than a complete embargo.” Oriental International Enterprise is the parent company of the Shanghai freight train operator.

“It is hoped that the national railway department can conduct a pilot project of railway transportation for products of some high-quality lithium battery manufacturers, and gradually enable lithium batteries to be transported safely and efficiently by railway.” Wang Wei said.

He also suggested that the frequency of trains in key areas can be increased to meet the needs of economic and trade exchanges between RCEP member countries and countries along the New Silk Road, as well as the opening of new routes, such as trains connecting Shanghai with ASEAN, Southeast Asia and other countries.

In the proposal, Li Shufu said that the rapid development of new energy vehicles has brought a large number of cross-border logistics needs. And compared with sea and road transport, rail transport has significant advantages in terms of long distances, economy, stability and carbon emissions. However, since the current railway transportation industry standards are formulated based on the market environment decades ago, the transportation of lithium batteries is strictly prohibited, which restricts the export of new energy vehicles through railway transportation.

Therefore, Li Shufu suggested that according to the product characteristics of electric vehicles, the existing standards should be modified adaptively, so that electric vehicles and lithium battery parts can be transported. Taking into account the needs of the market and enterprises, special trains for the transportation of new energy vehicles will be opened in a timely manner to meet the needs of Chinese car companies “going out” and the growing new energy vehicle market in Europe.

Liu Yiqin, a member of the National Committee of the Chinese People’s Political Consultative Conference, supported the China-Europe freight train (Chengdu) to carry out the pilot project of international railway transportation to drive the rapid development of cross-border e-commerce in the west regions.

Zheng Yali, dean of Zhejiang Finance Vocational College, supported expanding import of consumer goods. Agricultural products are one of the main export consumer goods of Central and Eastern European countries. Poland and other Central and Eastern European countries have repeatedly expressed their desire to expand the scale of agricultural exports to China. At this stage, the focus is on improving the recognition of CEE premium products in China’s domestic consumer market. It is necessary to cultivate a group of commercial enterprises with sales channels, circulation advantages and brand building capabilities in the domestic market. ”

Zheng Yali believed: “Stable procurement demand is the trigger point to expand the trade cooperation network, promote the normalization of the eastbound transportation of China-Europe trains.”

China-Europe freight trains have boosted investment and trade across Eurasia

Uzbekistan: linking up CKU railway with Caucasus infrastructure will create a transport network and expand trade between China and Europe