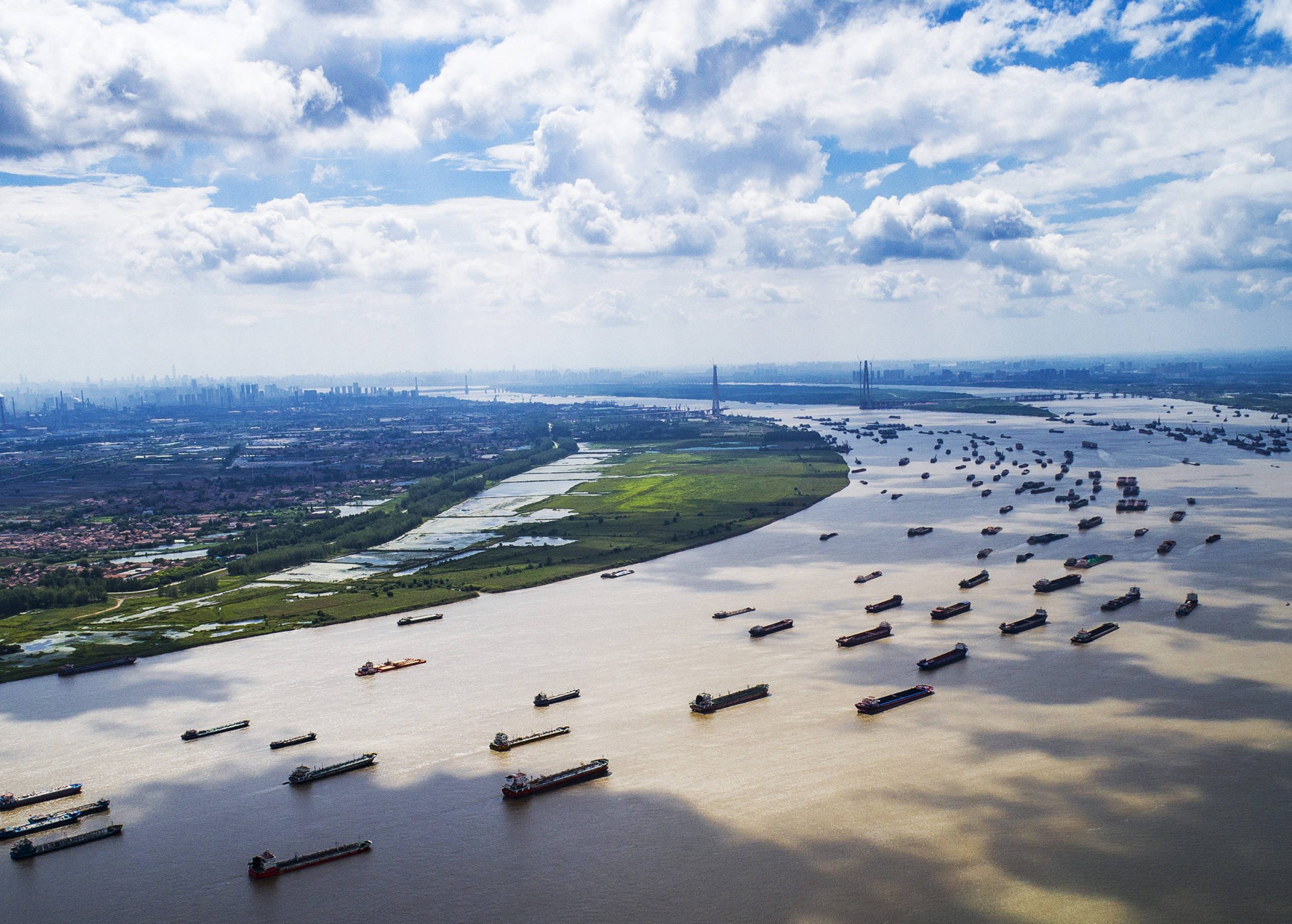 While many factories in Shanghai remain closed or are preparing to resume production, the city’s ports are helping to keep supply chains running by shipping goods for export that are coming by waterways from nearby areas in the Yangtze River Delta region.

For example, Haering Precision (Taicang) Co, an auto parts manufacturer in Taicang, Jiangsu province, has produced and loaded 1.37 million units of auto parts in three shipping containers since late March, which will be shipped to Europe and the United States from ports in Shanghai via Taicang Port.

Ye Sen, president of Haering Precision (Taicang), said the company gathered more than 100 employees to work under closed-loop management. It has also delivered 1.98 million units of auto parts to automakers across China in the meantime.

The Ministry of Transport announced on Monday that Shanghai International Port Group, the operator of Shanghai Port, had deployed 25,000 workers at Yangshan Port, Waigaoqiao Port and Wusong Port in Shanghai to support the country’s foreign trade.

Getting containers into the city is time-consuming for truck drivers as some neighboring cities had restricted travel to and from Shanghai.

According to the ministry, truck drivers with negative nucleic acid test results taken within 48 hours, a green health code and normal body temperature should be allowed to pass interprovincial checkpoints. The truck drivers are also required to remain in a closed management loop.

To overcome these obstacles and keep the supply chain running smoothly in the Yangtze River Delta region, ports, including those in Taicang, Nanjing and Zhangjiagang, have been helping export-oriented companies in Jiangsu province ship containers to ports in Shanghai by waterway. This has effectively ensured the smooth transportation of exports for domestic manufacturers.

Fifty-five ports have launched such transshipment services along the Yangtze River. Of these, the ports in Nanjing, Yangzhou, Zhangjiagang and Xuzhou have provided daily service to send shipping containers via waterways to ports in Shanghai for export, according to Shanghai-headquartered China COSCO Shipping Corp, the country’s largest shipping group by fleet size.

For instance, the Taicang-Shanghai waterway transshipment service transported a total of 59,000 TEUs (twenty-foot equivalent units), containing goods such as electronics and garments, to Shanghai in March, a year-on-year increase of 68 percent, according to customs data.

Once clearances for such international cargo are completed by Taicang Customs, they can be shipped along the waterway in four to six hours to ports in Shanghai, said Fan Yingzi, deputy head of Taicang Customs, a branch of Nanjing Customs.

Zhang Yanbing, a manager at BOS Automotive Systems (Taicang) Co Ltd in Taicang, Jiangsu province, a subsidiary of Germany’s BOS Group, which supplies automotive interiors to BMW and Mercedes, as well as Chinese companies Geely and NIO, said the company has faced difficulties in logistics since it restarted its operations on Sunday.

“We mainly import raw materials from Europe, such as motors and wiring harnesses. Our weekly import frequency is currently about 10 containers, and the import volume in March soared by 13 percent on a yearly basis,” he said.

Twenty-six trains carried a total of 2,248 containers from Yiwu, China’s small commodity hub, in Zhejiang province, to various destinations in Europe between April 1 and 8.

A.P. Moller－Maersk, an integrated container logistics company owned by Denmark’s A.P. Moller Group, said it began to provide services via barge and rail as alternatives between Shanghai and nearby cities, after the efficiency of its trucking services to and from Shanghai were affected by the lockdown.

In addition, the group will add three new B767-300 freighters to its air cargo service between China and the United States in the second half of this year.

There are significant opportunities in China as the Chinese economy is becoming more advanced, said Jens Eskelund, China chief representative of A.P.Moller-Maersk.

“Consumers are upgrading in terms of their expectations, so we need to become more competitive in the kind of services that we are able to offer in this market,” he said.