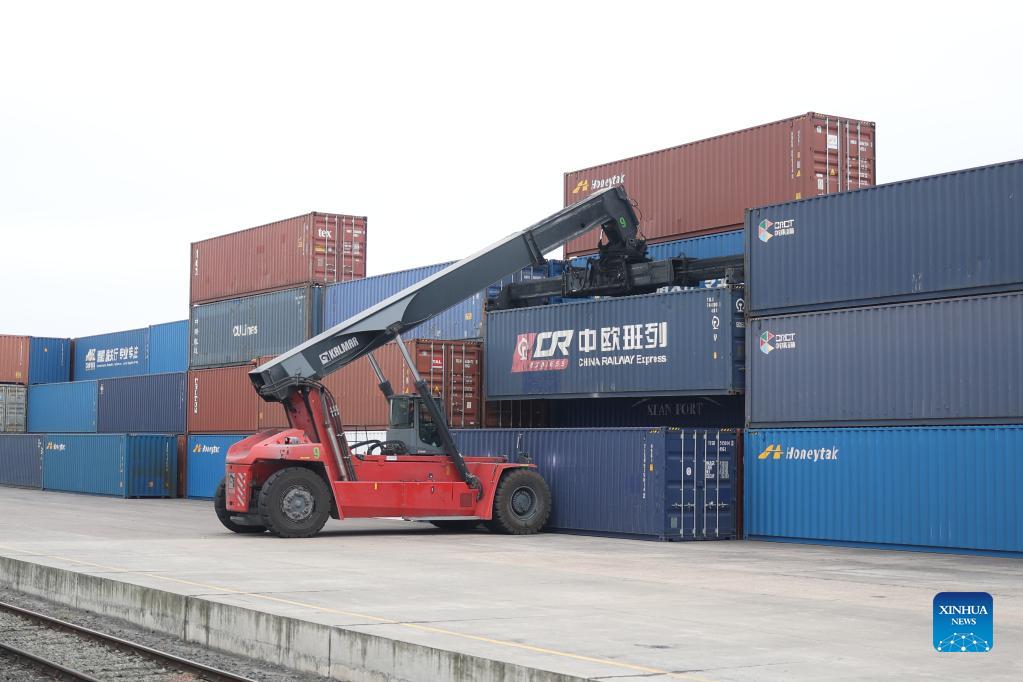 At present, the United States, Canada, and the European Union have all included Russian Railways (RZD) on the sanction list. Since the current corridors of the Eurasian rail transport are closely connected with the Russian railway system, once the sanctions affect the freight of the Russian Railway, it will also have a huge impact on the operation of the freight trains. Fortunately, the current sanctions are mostly confined to the financial sector and do not prohibit the cargo transit through Russia.

Sanctions are temporarily limited to the financial sector

The U.S. added Russian Railways to a list of 13 “most important Russian companies” that will be restricted in debt, equity deals, financing and other transactions. These entities will no longer be able to raise capital through the U.S. market. However, the use of trains and tracks of Russian Railways is not restricted.

According to the EU government in Brussels, it is prohibited to “directly or indirectly purchase, sell, provide investment services for or  in the issuance of, or otherwise deal with transferable securities and money-market instruments”. Canada has placed 27 financial institutions and five companies, including Sberbank, VTB, RZD, Gazprom and Transneft, on a sanctions list that prohibits direct or indirect transactions with them.

Jet Young, director of Nurminen Logistics Chinese Office, confirmed that the rail transport between Finland and other countries through Russia is still operating normally, as well as the cargo and passenger railway traffic betwenn Finland and Russia.

According to TheLoadstar, Tony Cole, head of ocean for Davies Turner, which offers China-Europe rail services , said: “We sincerely hope there is no escalation of conflict in the region, but if conflict is limited to Ukraine then, as our UK destination service is routed via Belarus, its operation will not be directly affected. There are no sanctions at this time that are impacting the China rail service to UK, but we will continue to monitor the situation.”

On the one hand, the European Union, the United States, the United Kingdom and their allies have excluded some major Russian banks from SWIFT, the massaging system for international payments,  and froze the assets of the Central Bank of Russia. This may cause obstacles to the payment for freight service in the Russian section.

Opening a RMB account in Russia by a Russian logistics company, may be the solution to the payment problem. But it takes time. According to Jet Young, there are also supplementary agreements among the Russian and Chinese operators, including the CRIMT, China Railway International Multimodal Transport Co.,Ltd. to be signed. However, the current trains passing through Russia and the operations of the Russian-European ports have not been affected.

According to Elvira Nabiullina, head of the Central Bank of Russia, Russia has a system that could internally replace the SWIFT international payment system and cover the customer demand.  She said that all banks in Russia will fulfill their obligations and all funds in the accounts are safe. But in fact, customers have their own choice whether to trust Russia’s own payment system or not.

In addition, Russia’s export industry is facing the same problem of sanctions. Many goods originating in Russia can no longer be shipped to the EU. As the war in Ukraine continues, Russia may face more official or unofficial sanctions.

China’s railway network continues to expand after the boom