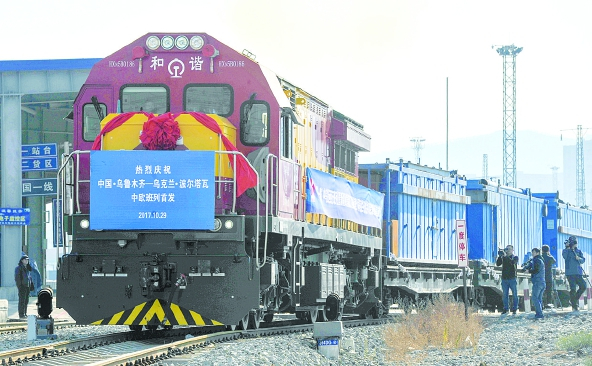 In a little over a week since the new year, the value of products that passed through the port amounted to over 8 million yuan (1.24 million U.S. dollars), showing active cross-border e-commerce, according to the customs.

The outbound parcels, including toys, digital products, clothes and daily necessities, were mainly from China’s manufacturing hubs such as Dongguan, Shenzhen and Hangzhou and were transported to European countries including Belgium, the Netherlands and Germany.

The customs said it has worked with the local railway departments to facilitate the customs clearance process for the export enterprises.

Alataw Pass boasts the most China-Europe freight train lines in China, and it has been favored by cross-border e-commerce companies that plan to export westward.