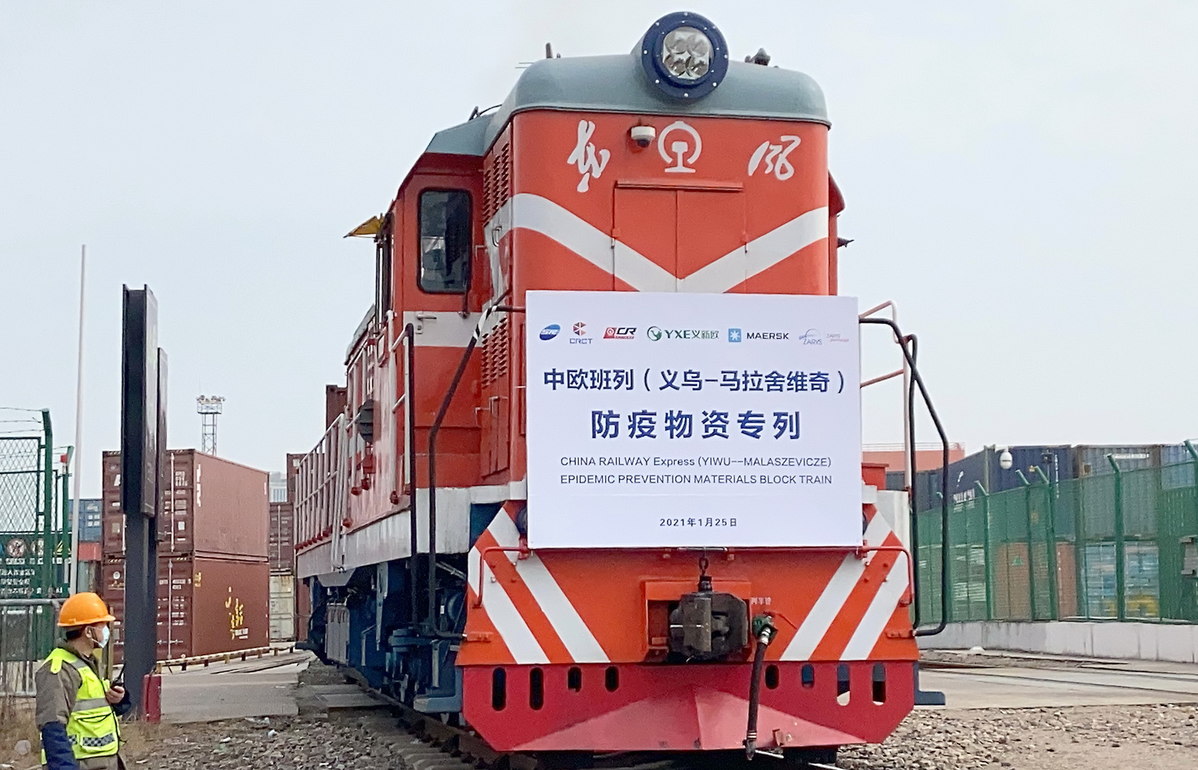 China’s hub for trading small commodities has taken on the big task of piloting new development models for the country, and has made notable achievements in the four months since becoming part of a major pilot free trade zone.

In September 2020, the State Council released a plan for expanding the China (Zhejiang)Pilot Free Trade Zone. It stipulated that Yiwu, a county-level city under the jurisdiction of Jinhua in East China’s Zhejiang province, be included in the FTZ. This is expected to accelerate the high-quality development of Yiwu’s trade and commerce industry, local officials said.

From September to December last year, 5,178 companies set up operations in the Yiwu section of the FTZ, an increase of 268 percent over the first eight months of the year, according to the Yiwu government.

During the period, Yiwu was recognized by the central government as an exemplar of innovation in import trade and a pilot city for secondhand car exports.

In January, Zhejiang FTZ announced a top 10 list of its latest achievements. Two of them were related to Yiwu.

The first was that the number of rail-freight routes linking Yiwu with Europe via Northwest China’s Xinjiang Uygur autonomous region increased to 15 in 2020. A total of 1,399 China-Europe freight train trips were made via the routes during the year, up 165 percent year-on-year. The figure accounted for 11.3 percent of the national total of 2020.

The second was that the courier sector in Jinhua handled 9.01 billion parcels last year, outstripping all other Chinese cities for the first time. The Zhejiang Bureau of Statistics said a major contributing factor for this was the rapid growth of Yiwu’s express delivery industry, which handled 7.17 billion parcels in 2020.

By the end of November, Yiwu completed the first draft of the master plan and urban design concept for the Yiwu section of the FTZ, and had put forward 135 specific reform measures touching on 50 aspects.

Yiwu has been pushing ahead with 77 projects involving a total investment of 208.5 billion yuan ($32.25 billion).

Of them, 28 projects are under construction or in operation, including the Yiwu Comprehensive Bonded Zone, a digital free trade center, the Shuangjiang water control project and an international medical school at Zhejiang University. Projects including a digital trade industrial park and a children’s hospital are in their early stages.

To help expats settle down, the Yiwu section of the FTZ has created a recommendation mechanism for permanent residency applications, where the FTZ gives its recommendations for outstanding foreign businesspeople who apply.

Yiwu has created the country’s first digital map for a pilot FTZ, according to local officials. It contains the addresses of 300,000 business locations in the area, and enables the three-dimensional display and classification of market entities by industry.

The Yiwu section of Zhejiang FTZ covers 26.2 square kilometers. It has a 3.1-sq-km area for export trade and a 23.1-sq-km area for import, transit and a zone themed around scientific and technological innovation, according to the local government.

Chen Xiaozhong, deputy Party secretary of Yiwu, said the inclusion of Yiwu in Zhejiang FTZ is conducive to giving full play to the city’s role as a trade hub with global reach.

It also helps build a commerce and trade logistics system to fuel growth under the nation’s dual-circulation paradigm, in which domestic and overseas markets reinforce each other, with the former acting as the mainstay, Chen said.