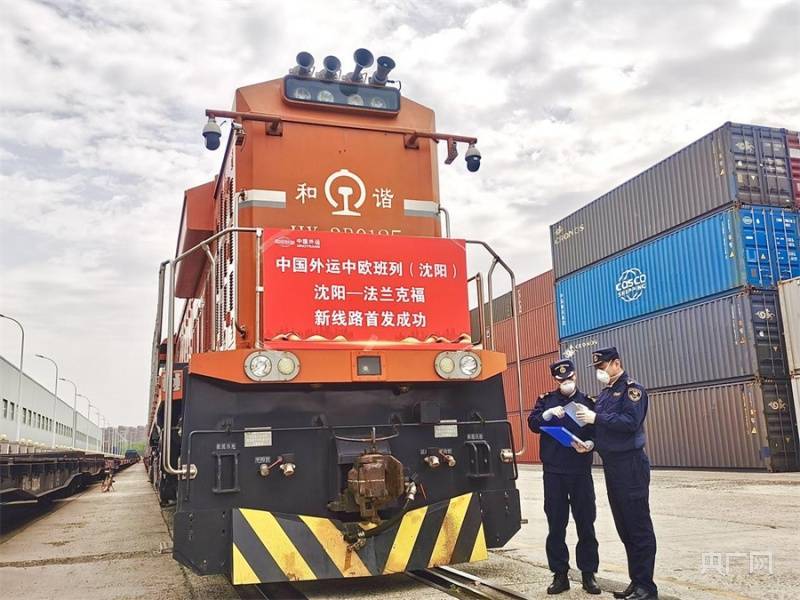 A third freight train recently arrived in Frankfurt from China and a local general manager believed that it would bring more business opportunities to the city.

Given that transportations by sea and air are both strained, the China-Europe freight trains provided another way of direct connections, Kawus Khederzadeh, general manager of the industrial park in Hoechst Frankfurt, told Xinhua in a recent interview.

“It will increase the vitality of the logistics industry in Frankfurt and bring more business opportunities,” Khederzadeh said.

Starting from Shenyang city in China, a freight train carrying auto parts and components arrived in the Hoechst district of Frankfurt on Wednesday. It was the third freight train coming to Frankfurt from China within 12 months.

As the China-Europe freight trains are covering an increasing number of destinations in European countries regularly, there has not been a regular freight train linking Frankfurt to China.

Located at the center of the European continent, Frankfurt has good connections with other destinations in Europe by all means.

Since the freight fare by sea is hovering on a relatively high level, the China-Europe freight trains will be an important alternative, said Khederzadeh.