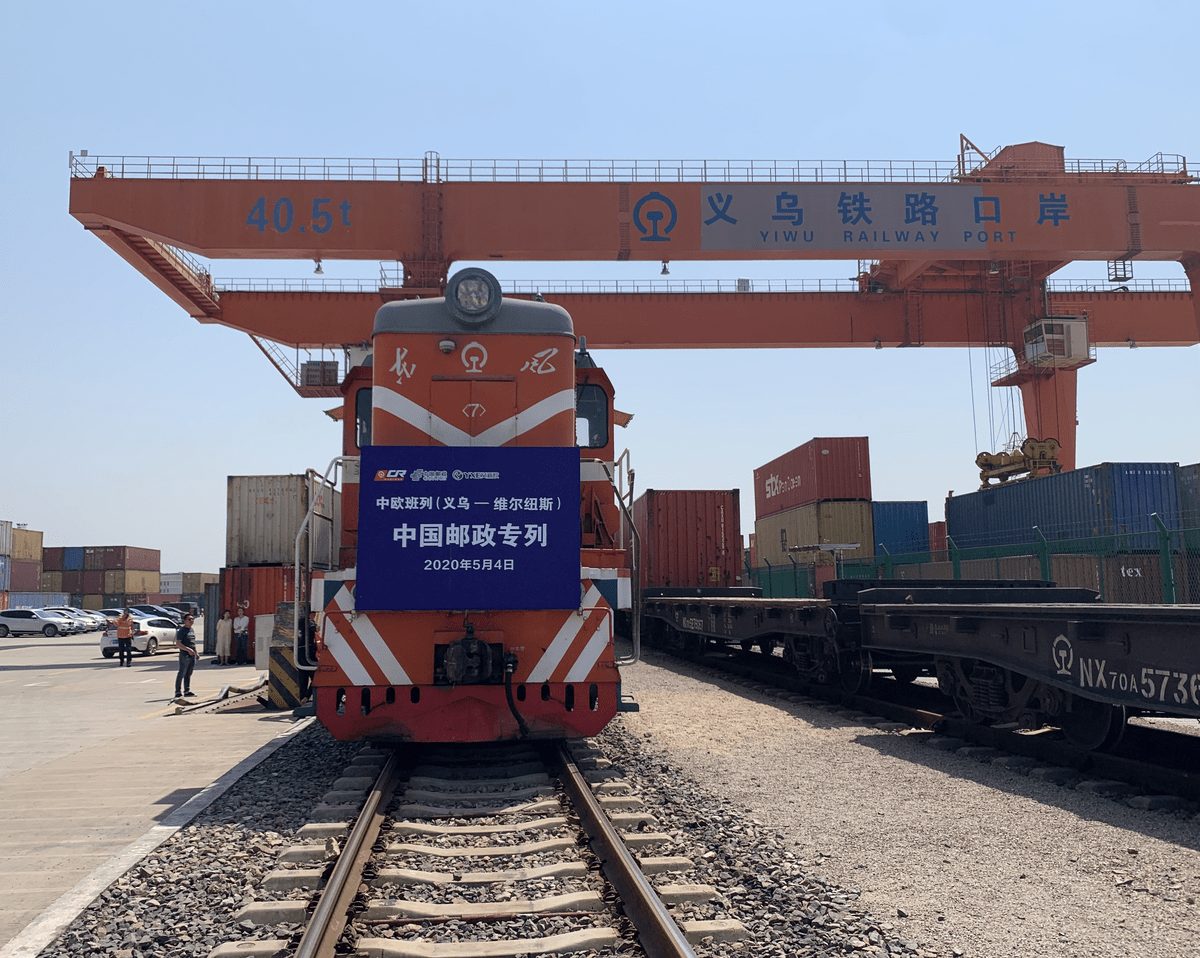 Departing on May 4 from Yiwu, known as the world’s leading small commodities market, the postal service train carried 100 twenty-foot equivalent units (TEUs) loaded with 353.77 tons of international mail from Shanghai and four other Chinese provinces.

These international parcels will be transferred later to 36 European countries, including Spain, Denmark, Switzerland and France.

Following the successful operation of this train, the postal rail service from Yiwu to Vilnius will run at the frequency of one train per week in the future.

Back in mid-April, the first train of a new postal rail service to Europe arrived in Vilnius, loaded with much-needed medical supplies and 42 TEUs of international parcels.

Launched by southwest China’s Chongqing Municipality and the first of its kind to Lithuania, the rail service aimed to meet the rising demand for international parcel delivery amid the COVID-19 pandemic.

Despite the impact of the epidemic, china’s foreign trade sustains upward momentum