China is taking concrete action at home and overseas to advance free trade, with the country signing and implementing a number of such agreements.

The General Administration of Customs has stepped up efforts to implement agreements regarding declaration of origins and preferential tariff treatment, according to its website.

Last month, the Ministry of Commerce made progress in negotiations with the Republic of Korea on trade, investment and markets, after signing a free-trade agreement upgrade protocol with New Zealand in January. 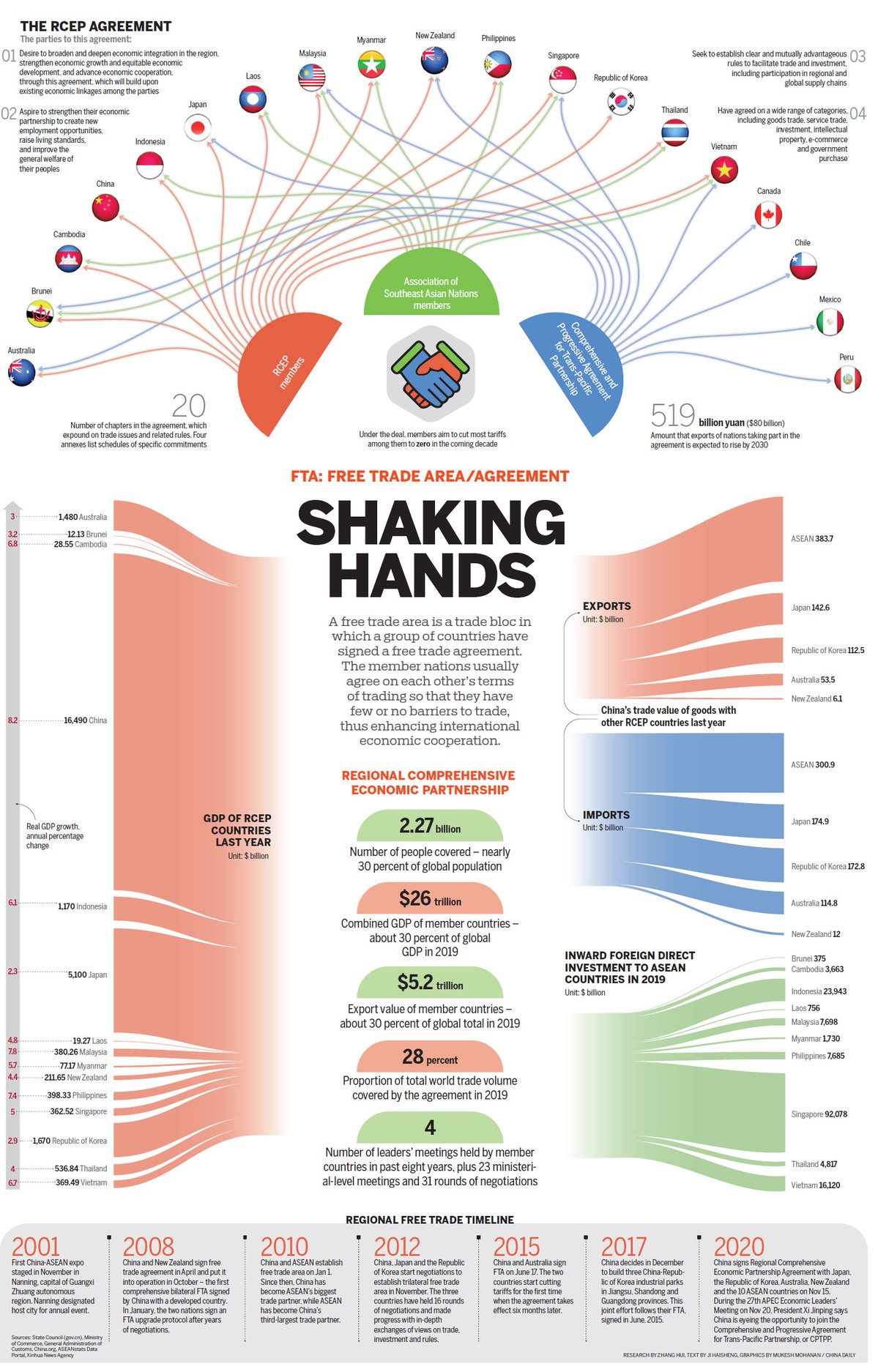 These developments follow the landmark Regional Comprehensive Economic Partnership trade pact China signed with Japan, the ROK, Australia, New Zealand and the 10 member countries of the Association of Southeast Asian Nations on Nov 15.

The 15 RCEP countries account for nearly 30 percent of the world’s population and about 28 percent of global GDP and form the world’s largest trade bloc.

China is seeking more platforms to promote free trade with other countries. During the 27th Asia-Pacific Economic Cooperation Economic Leaders’ Meeting on Nov 20, President Xi Jinping said China is eyeing the opportunity to join the Comprehensive and Progressive Agreement for Trans-Pacific Partnership.

China has signed 19 free trade agreements with 26 countries and regions, the Ministry of Commerce said on its website. In the infographics that follow, China Daily explains trade agreements, including the RCEP and CPTPP.

Despite the negative impact of the pandemic, trade between China and ASEAN nations still shows strong growth momentum